A blend of essential vitamins, minerals, amino acids and other important ingredients that provide great benefits for the body.

The True Original since 1983, the Animal Pak was developed to cover the wide backs of the hardest and heaviest trainers on the planet Earth. The “Ultimate Training Pack” is far more than a mere multivitamin, but is the trusted, sturdy foundation upon which the most dedicated bodybuilders and powerlifters have built their nutritional regimens, since the supplement industry was in its mere infancy. If you’re training or dieting hard for a contest, the first thing that happens when you don’t take the Animal Pak is that nutritional gaps begin to form. Why should you care? Because over time, these deficiencies continue to grow. Eventually, your body will stop functioning at its optimum level. In other words, you hit the wall, your development reaches a plateau. In fact, even if only one key nutrient is missing from your diet, your body could shut down the anabolic drive needed to build muscle so that it can support more critical metabolic processes. When this happens, you stop growing. With Animal Pak, you get plenty of everything you need. And a few extras. In every pack, you get a vast arsenal of over 60 key ingredients that are delivered in the right amounts at the right time, every time. Each of the 11 tablets included in each pack has been specifically formulated to deliver the goods—ample doses of vitamins, minerals, amino acids, herbs and other performance optimizers designed to stand up to the most intense training and rigorous dieting.

Take 1 to 2 packs with breakfast or any other meal, with plenty of water. For those who compete or are training with higher intensity, two packs is suggested.

There are no reviews yet.

Be the first to review “Universal | Animal Pak” Cancel reply 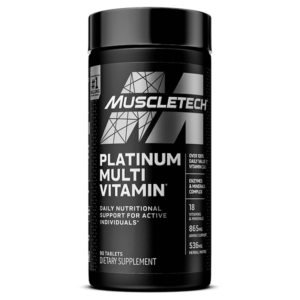